Show, Don’t Tell: Why Interactive Storytelling is a Key Factor in Escape Rooms 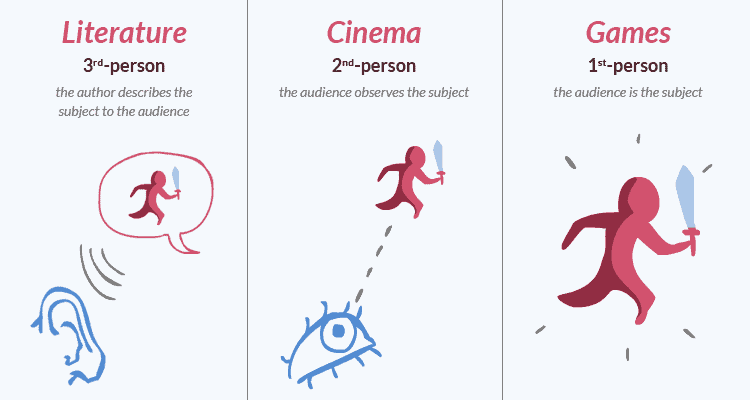 The art of storytelling has come a long way in the last few decades. With the emergence and increasing popularity of video games, not only were people thrust into the action, but they essentially became the Protagonist, the most significant character which the story revolved around. No longer were these people just viewers standing on the sidelines, they had transformed into Players, acting on their own personal feelings and motivations to create their own story as the game progressed.

It is important to note that storytelling and the story itself are not the same thing.

You may have crafted a beautiful narrative, but unless it profoundly elicits an emotion from your audience, you haven’t taken full advantage of your medium of expression.

Think about it: every medium has it’s own distinct method of storytelling. In literature, the author (or identified narrator) recounts certain events regarding the protagonist and leaves it up to you (the audience) to interpret the words on your own. In film, you personally see the events of the protagonist’s story unfold before your very eyes as the camera follow’s their actions. Finally, in a game, players become the protagonist or an avatar (in-game representation of a different character) and live out experiences from a 1st-person perspective instead of being told what’s going on (literature) or watching it occur (film).

Sometimes, great stories can be told from a perspective other than the protagonist’s. Escape games/escape rooms, in particular, may shed more light on a “peripheral protagonist” and overall theme of the story as players (at times) assume the role of an avatar (think of playing Watson to someone’s Holmes), gathering information by solving puzzles and riddles.

Gone Home is a fantastic example of a game with a peripheral protagonist: the player’s avatar is Katie, but her sister, Samantha, is the actual protagonist. Through her interaction with several objects, Katie is telling Samantha’s story, essentially playing sidekick to Samantha’s superhero. If the avatar of a game is nearly absent from the game’s writing or the avatar’s actions are consistently rewarded with someone else’s story, the avatar and protagonist are probably two different characters. Just remember: the key takeaway is “showing” through interactive storytelling regardless of the player’s role.

The same could be said of playing an escape room. As players, we immerse ourselves in the story at hand, solving puzzles and riddles to unravel details surrounding the problem as well as any characters that were involved. In The Great Carnival Challenge, for example, you play the role of patrons who are tasked with locating a lost deed of a well-renown ringmaster in order to save his carnival from being torn down.

This immersive factor is one of the main reasons why these escape-the-rooms are so popular in the world today. Once again, the player doesn’t just get to experience the story/narrative. They get to live it. Their purpose evolves significantly as the fine line between viewer and subject diminishes. The player’s experience becomes interactive as they transform into a character of influence (whether it be the protagonist or an avatar), freely performing their own actions, sharing their personal thoughts, and making their own decisions. It’s a truly genuine and intimate experience beyond measure and, a well-crafted story can only elevate its greatness.

And that’s one of the most fascinating things about games, whether you, as the player, are conscious of it or not.

Nothing says “I love you” like a Brainy Actz Escape Room Gift Voucher...